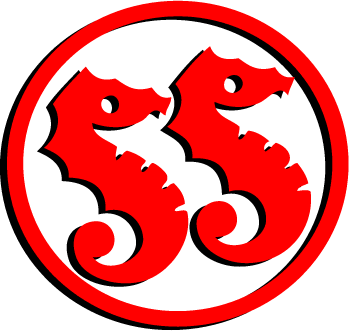 The SILSTAR brand name was one of the most famous and important within the fishing tackle trade throughout Europe, between 1984 and 1997. It was during this period that the SILSTAR brand experienced tremendous growth through a combination of the hard work of its distributors and the excellent quality and value for money which it came to represent. However in early 1996 the SILSTAR European organization was sold to a Dutch Trading Company, and, after further unexpected ownership changes of this same Trading Company the SILSTAR brand in Europe virtually disappeared. This was a cause of great disappointment to all the involved; distributors, retailers and fishermen alike.

In early 2009, after an absence of 12 years, the SILSTAR brand once again became available throughout Europe, through a select group of distributors. Many opportunities have now opened across the whole of Europe, offering both retailers and their customers a chance to once again avail of a range of Silstar branded products which provide quality without compromise on the traditional pricing structure of this brand.

The SILSTAR brand has always been held in the highest regard by both retailers and fishermen alike. Indeed these same people never forgot the strengths that the brand had represented in the past, throughout all of the many and varied European fishing tackle territories. The product currently available, only reinforces this belief with a range that is fast becoming renowned for both its quality and value for money.

In the past year, since the SILSTAR brand reappeared in the fishing tackle market, the response from the appointed distributors and the tackle trade in general, has been only enthusiastic and positive, to the point where growth in all regions has greatly exceeded forecast. Fisherman throughout Europe have welcomed the renewed availability of SILSTAR products, with glowing reports of the quality and reliability that it represents. Whilst a large proportion of this success can be put down to those appointed to handle the SILSTAR brand in Europe, it should not be forgotten that during its years of absence in Europe the SILSTAR factories and staff had continued to produce product for the rest of the world’s tackle markets outside of Europe. It is their experience and excellence in both product development and manufacturing, that has ensured the current range of SILSTAR tackle offered here in Europe is second to none in both quality and performance.

The new SILSTAR Europe organization is both effective and efficient, and as in the past, the consumer will once again enjoy some of the finest quality fishing tackle at the lowest prices possible. Such a value for money philosophy has always been at the forefront of all of SILSTAR’S past and indeed its current endeavors.

The product assortment is both large and varied, yet also takes into consideration the need to satisfy all of the different European markets which have by tradition always required unique products for their consumers. The immediate goal of the new SILSTAR organization is to provide availability to all European Countries with a selection of fantastic products developed locally by the SILSTAR teams. This will be done by using the expertise of the SILSTAR factories to provide products that not only meet the needs of European fishermen, but also provide for the development of new items that will be both innovative and functional for this same market.

From the time in 2009 that the Silstar brand began the process of establishing itself once again as a major player in the provision of fishing tackle in Europe, the market has continued to evolve. Since this time Silstar has appointed distributors throughout the major European centres of angling, to not only promote the brand but also to become instrumental in the development of fishing tackle to meet the needs of its consumers, both on a local and international level.

Such developments have not only focused on the needs of each of its distributors, but also that of supporting the ethos of the company, that being to provide product that offers the best value for money, but does not, in any shape or fashion, compromise the quality and reliability with which it has always been synonymous. By following such needs, the brand has now become recognised in the markets that it services, as one that provides product to meet the demands of both the local consumers and their often varied fishing styles. This is done simply, without any compromise on quality, yet priced at a level that puts it in reach of the largest sector of the market.

Distributors throughout Europe have differing needs in their product range, but principally they have to meet the requirements of their local fishing styles and associated product assortment. With this in mind Silstar has been to the forefront of product development in all of the countries in which it has developed both a demanding and loyal consumer following.

The continuing hard work in product development, with the help of its distribution network, has once again placed the Silstar brand on a par with some of the most famous names in the industry. However it does not intend to rest on its laurels, and is continuously working to bring new and innovative ideas in product lines to its markets. Such products are supplied and developed in the knowledge that they will provide the brand with both a comprehensive and complete tackle assortment for all aspects of the leisure tackle market.